Another rave review for Skin-eze. We’re so happy to hear that the allergy treatment is working for Jane’s Border Collie!

Once again I would like to say how fantastic your Skin-eze is, my Border Collie was diagnosed as allergic to grass!! Unbelievable – and the vet said she would have to be on steroids forever – anyway I looked up your product on the internet – this was some 3/4 years ago and thought I would give it a go. The raw red rash on her tummy went and she stopped the continuous scratching. She has been fine for ages but has just started again so I thought I would get some more of your capsules. Thank you and I will be no doubt ordering some more in the future.

Another day, another happy Nuroplex user.

Read our lastest Nuroplex Testimonial below:

I have given my Cocker Spaniel 2 capsules per day since last year and we have never seen another seizure. Amazing product. We have recommended this to other dog owners, with similar seizure cases. Question: instead of selling capsules why not sell the product in powder form with a measuring spoon. I separate your capsules now and add it to my dogs food. Sure would be a lot easier.

We love receiving raving testimonials from our customers, but we especially love when the reviews include photos. The proof is in the pudding! Read more about Jax and his recovery with the help of Skin-Eze:

Meet Jax. Jax is a 2 1/2 year old Chocolate Labrador Retriever. In about June of 2013, Jax started developing a skin problem. After two veterinarians, three antibiotics, and three different steroids, I had enough. After much research I realized Jax was suffering from a yeast infection. My husband and I decided to give Skin-Eze a shot thinking that it couldn’t hurt because his skin could not possibly get worse.  In October 2013, we started using the all natural shampoo and herb tablets. Jax’s skin began to improve within a week. His personality and energy also improved. Of course, this testimony would not be complete without a picture to prove it.

The above photo was taken in early December 2013 and the bottom photo was early January 2014. Keep in mind that the other side of his body looked exactly the same. His hair is still coming in, but the yeast is still gone and we plan on bathing him only with Skin-Eze for the rest of his adorable doggy life. We’re loving this great testimonial from Karla about Skin-Eze:

We were pet sitting daughters Old English Bulldog last year for 6 months. Bella came to us with red toenails, itchy and always stinky. I was told by the vet to bath her daily, then 3 times week, then 2X week, etc. Because I’d had back surgery and Bella’s size this was an impossible task. I found Skin Eze online, within 1-2 days Bella stopped itching, eventually her toenails, eyes and feet were no longer red. Skin Eze has been the best product ever! I wish I had found skin eze when my cocker spaniel was alive, back then I did what the vet told me to do and it never worked once we got to the bathing once a week. 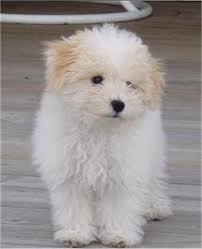 Our little Bolognise “Annie” was always biting or scratching her body and discoloring her white fur. After just a few days of using the Skin eze she began to clear up and her lovely fur is beautiful and white again. I don’t know what she is allergic to but the Skin eze took care of it. She reminds me it is time for her tablet if I don’t get to her at the right time. I think it may be the cheese it is wrapped in and not the tablet that she is so crazy about but in any case it works! Thank you for this product.

We love receiving positive testimonials from our customers. This one definitely made our day!

Lax-eze save my cats life. The Vet wanted to put him to sleep a year ago. This product keeps him happy and beautiful. His name is Nino. He also save my life as he wakes me up when i stop breathing. I could say this product has saved both of us.

These products have probably saved my pet’s life as his vet had given up on him. He is an 11 & 1/2 year old standard Poodle with severe liver failure. He is now acting like an old dog should act. We are very thankful for your help. I ordered the Lax-eze spray for two of my cats that have problems with bowel movements from time to time.

One of my cats has IBD and the spray does exactly what it says. I spray three times in his mouth, then later if no bowel movement. Then, I put some Lax-eze in his canned food and before evening ends he has had a painless bowel movement.

My other cat all I have to do is give him three sprays and within the hour he is having a normal bowel movements!

Excellent product, I highly recommend to any pet owner who has an animal with either occasional or frequent elimination problems…Saves money from not having to take your pet to the vet for an enema and keeps your pet happy and stress free.

I am pleased with the product (Nuroplex) I found here as it has helped one of my dogs whom has epilepsy no end – In the past 6 months he has had just three minor fits. Before I gave him Nuroplex he was having an average of 54 fits over 4 days per month. Thank you.

My dog Missey who is going on 14yrs, was diagnosed with having bladder stones. I was told by my vet that there was nothing on the market I could give her to correct the problem outside of an operation to clean her out, that would have cost me over $3000.00 plus, and no guarantee of the outcome or that the bladder stones wouldn’t come back. Due to missey’s age I did not find acceptable, and decided to have her put down, when I came across the KIDNEY/BLADDER meds from ALLERGIC PET online. Being a little skeptical about how well this would work I figured at this point it didn’t really matter and it was cheaper than an operation, so I went for it. My dog Missey has made a 180% turn around after her first treatment. She’s acting like her old self again and no negative side affects that I can see. All I can say is THANK YOU SO VERY MUCH for saving my dog, she’d be gone now if it wasn’t for your product. THANKS AGAIN